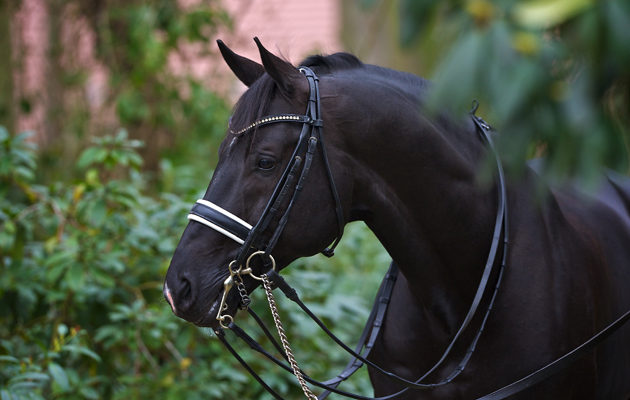 At the recent Global Dressage Forum held at the Bartels Academy in Holland (26-27 October), seven horses were put forward as the best the sport has ever seen. Take a look at why Totilas made the cut

Totilas‘ talents were in evidence right from birth, says his Dutch breeder Jan Schuil: “Right from the second day, when we turned him out in the paddock, the blueprint for talent was clear,” he says.

The match was no fluke: Totilas was a third-generation home-bred for the family.

However, not everyone agreed, and he failed his stallion grading with the KWPN as a young colt.

Jan still believed he was talented and started working him as a two-and-a-half year old. They went to their first show a year later. It was not a great success.

“The judges thought he was overly-prepared as they’d never seen natural movement like it,” he remembers.

Following his withdrawal from the European Championships last week, Totilas has now been retired from competition

Jan sought a better rider, and the horse came fourth at the world championships as a five-year-old — scoring 9.4 for trot. Then the phone started ringing.

“But we never sell out horses until six, so I kept him,” he says. “Our plan was to take him back to for the six-year-old class, but that mandatory selection trial [the Pavo Cup final] was two days after the five-year-old final, so we didn’t take him as we wanted to give him a break, and so we weren’t allowed to go.”

By this point, Edward Gal had expressed an interest in riding him, and picked him up as a six-year-old.

Richard Davison saw him shortly afterwards at the rider’s yard and thought he was “a nice horse, but not much more,” he says.

When Richard next saw him, 18 months later, it was a different story. Edward took him to a show and everyone was wild to see the new star.

“You had to fight through people just to get a glimpse of him,” remembers Richard. “He was incredible – the talk of the town.”

The horse’s conformation is harmonious from start to finish, and he is said to possess the ideal topline for collection and connection, with superb flexibility.

He has an extraordinary ability to open his elbow, which created his extremely flashy front leg.

The horse still stirs up such emotion that none of his former riders or owners — aside from his breeder — would talk about him at the Global Dressage Forum.

Jan still owns Totilas’ full-sister, and she is in foal to Silvermoon — the Trakehener sire of Blue Hors Matine — for a 2016 foal.

Jan believes that the eyes are most important part of a horse, showing “intelligence, kindness and pride”.