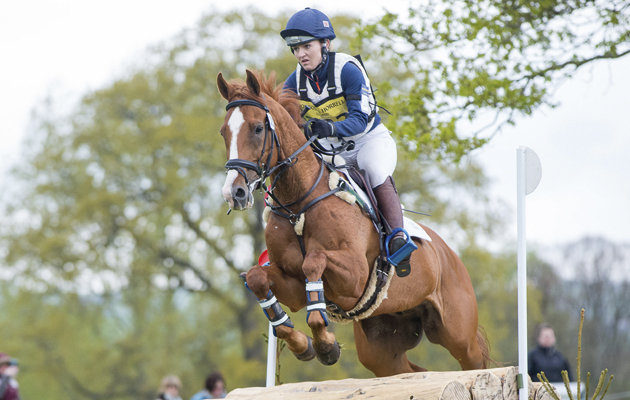 It’s not often an eventer willingly misses out on their last year of young riders, but 21-year-old Holly Woodhead is doing just that – heading straight to her first senior championship, skipping her last chance to net a young rider gold medal following her individual silver last year. This would be an impressive feat by anyone’s standards, but is even more remarkable considering she missed all of the 2012 season after being sidelined with an injury she picked up on a skiing trip. She says it was “scary to come back, but I was ready for it”. Holly is based at Mark Todd’s Badgerstown yard with boyfriend Tom McEwen and Swedish Olympic eventer Ludwig Svennerstal – who will also ride at the Blair Europeans.

DHI Lupison, an 11-year-old gelding by Lupicor out of a mare by Mon Tresor, has always turned heads, with another rider on the championship squad describing him as an “incredible, incredible horse”. Holly certainly has riding in her DNA; father Ian is a renowned dressage trainer, mum Tracy is a former international dressage rider and stepmother Heidi rode at four-star level with The Biz. Sister Amy is a grand prix dressage rider currently based with Carl Hester.

With help from the whole family, Holly and Luke are a formidable combination, and took this year’s under-25 CCI3* at Bramham with ease, cementing their place on the Blair squad. She describes the experience of being on the squad with riders she’s “looked up to for many, many years” as “overwhelming”, while she expects a big, bold track from Ian Stark. She’s probably one of the only riders hoping for rain, as Luke is “very good in the wet” and should cope well with the terrain at Blair if the Scottish weather strikes.

Holly has a point to prove after a technical elimination for jumping the wrong side of the flag at Aachen last month, and with DHI Lupison’s all-round brilliance plus their young rider championship experience, these two could be knocking on the door for a medal next week in the Scottish Highlands.