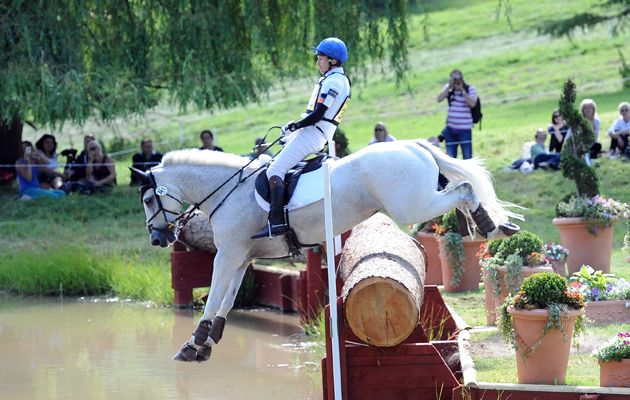 Former Event Riders’ Association (ERA) president Francis Whittington has long been an advocate for improving safety in the sport of eventing. He believes this should be done through training, and in the video above he discusses his thoughts on riders who “fixate” on the dressage, and may not spend enough time on the jumping. Francis is a popular eventing trainer who frequently runs clinics near his East Sussex base. He believes the “amazing” work carried out “nationally and internationally” has left us with an “incredibly safe sport”, but one that can always be better, and do more to improve.

His British senior team debut has been “a long time” coming. His great partner Sir Percival III, with whom he completed eight four-stars (placing in the top 20 on seven occasions), was a team reserve many times, including twice for the Olympics and twice for European Championships, but sadly never got the call-up before he retired at the beginning of 2014, aged 17.

Easy Target, or ‘Smokey’, a horse who “wears his heart on his sleeve”, has been his next ticket to the big time, taking the CCI3* at Blenheim last season on the only sub-40 score. Francis has ridden the 14-year-old grey gelding for the duration of Smokey’s competitive career, starting the horse at pre-novice level back in 2006.

Francis is a qualified equine dentist, and he believes it is “hugely important” for riders to have a Plan B, for when eventing may not pay the bills. The “glamorous” side aspiring riders see in the media doesn’t reflect the “graft and hard work” required to get to the top level. His advice to young riders is to “stay in school and finish their education”.

Having not been to Blair before, Francis is expecting a typically “big, bold, forward-thinking” course that will encourage riders to “attack”. Beyond Blair, Francis is looking ahead to Rio, and hopes this championship will take him “a step closer” to his Olympic dream.