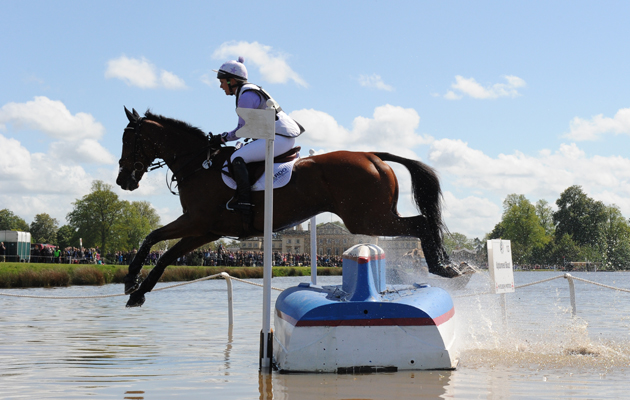 Gemma Tattersall is becoming a familiar name on the eventing scene. Hotly tipped for selection for last year’s World Equestrian Games, Gemma missed out on the squad last year and instead headed to Burghley where she picked up 5th with Arctic Soul, a 12-year-old-gelding by Luso out of Dream Cocktail who she’s been riding since 2012. Their partnership got off to a successful start, winning their first event together in the novice at Tweseldown, and recording top-three placings at two- and three-star level before the end of the season. Her sights are firmly set on Rio – using these championships as a learning experience, especially with “the most incredible” peers on the squad to guide her through.

Arctic Soul is owned by the Soul Syndicate (and we’re not talking the Jamaican reggae band), a collection of friends, family and owners who clubbed together to buy ‘Spike’ when former owners Philip and Iona Kerr had to sell. Chris Stone (who also owns William Fox Pitt’s ride Chilli Morning) bought a 50% stake in the horse, and Gemma said that she “literally couldn’t have done it without him”. Part of the reason Gemma thinks syndicates are so successful is that not only does it make eventing “more accessible financially”, but that people love to be “part of something” – whether that’s supporting the rider in the mud or sitting at the champagne bar!

As an event rider in the modern era, Gemma also shares her thoughts on social media – “it’s the way the world is now” – and gives younger riders tips on how to follow in her footsteps. The World Class Programme has supported Gemma since she was 17, and she’s looking forward to “paying them back” by representing her country. She may be a senior debutante, but this is a rider with her eyes on the prize at the Blair Europeans next weekend.