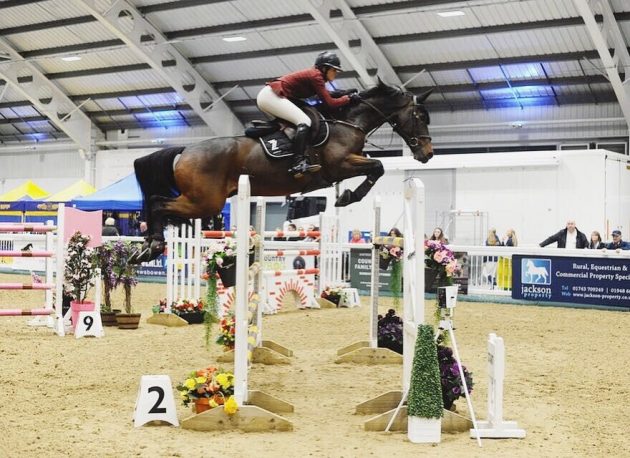 It’s all go! I’ve had a pretty busy time since my last vlog — it’s been non-stop.

This week’s update looks at my preparations with Z7 Cash Up in the lead up to my first appearance for Team GB on the young rider squad in Fontainebleau, and a quick round up from Royal Windsor, which is another amazing show.

It is great in the UK that we have access to so many top national shows, being at Hickstead is always a bonus, but we also have Pyecombe showground just down the road which is an amazing facility that holds some great competitions. I had the perfect prep run with Cash Up here at the end of April — he won both his classes including the grand prix, which was a great boost ahead of our French trip.

Next up was Chepstow International. This is a fairly new international in the UK and a great addition to our calendar. All the horses jumped well and had great week. It was perfect for me to jump around some international courses ahead of going to Europe. The show did a really good job as the weather conditions where not ideal, and although a lot of the jumping was on a surface, they made a huge effort trying to keep the surrounding stabling areas as dry as possible (as shown by the huge amounts of straw around our stables in the video!).

Now onto the big event, which was my first appearance on a GB young rider team in Fontainebleau with Team Z7’s amazing Cash Up. My lovely mum, Karen, was appointed chief groom for the week and off we set to France. I have to say, Fontainebleau has to be one of the most beautiful showgrounds in the world and it was the most amazing setting for showjumping.

We arrived with plenty of time to settle in before our first individual jumping class on the Thursday and it was good to catch up with GB riders Leonie Aitkenhead, Christie Pritchard, Will Fletcher and Emily Ward (two of which — Emily and Will — make cameo appearances in my video).

The first day of jumping was good as Cash Up produced a lovely clear — a great start. We then all got focused for the Nations Cup event the following day. The team order was drawn as Leonie, Christie, Will and then me.

Before I went in, the team had already done a fantastic job in the first round with brilliant clears from Leonie and Will and an unlucky four faults for Christie, which meant we were in a strong position. This on reflection was a blessing as sadly Cash Up and I had an annoying two down and a time fault, meaning I was the drop score.

However, there was no time to dwell, and after more difficult rounds for my team mates (Leonie had eight faults, Christie 12 faults and Will four faults), the pressure was really on as I was in anchor spot. I had a much better round with only one down, but again also a time-fault! Which meant Team GB finished in mid-div in sixth place. Overall it was a great learning curve for our team and there is lots to build on moving forward with the season.

It was then onto the beautiful Royal Windsor Horse Show which we have literally just arrived home from. This has to be one of the most scenic UK events and what a back-drop with the castle behind. This show historically has been quite lucky for me (Acoustik Solo Du Baloubet and I took the win in the Land Rover A&B last year), so I was over the moon that the lovely mare Z7 Qamar tried her heart out to give me the win for the second consecutive year.

We are well and truly into show season now and I am loving every minute of all the opportunities I get from being a Breen rider. We’ve got lots of plans for competing in the UK and Europe coming up, so I’ll keep the vlogs coming from all the amazing venues!
G x